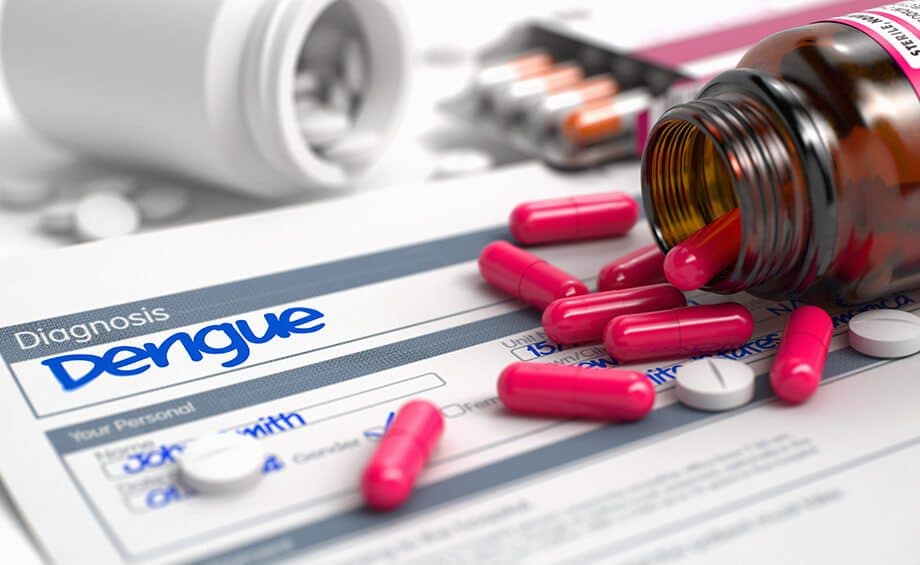 Different Types Of Dengue Fever And Their Symptoms

Dengue virus infection can cause:

1. Dengue fever
2. Dengue hemorraghic fever (DHF) and
3. Dengue shock syndrome(DSS)
Before we read about different kinds of fever and symptoms, we suggest you get a general understanding of dengue fever.

What is Dengue Fever

Dengue fever is a viral infection caused by the dengue virus that is transmitted through the bite of the infected Aedes mosquito.

Symptoms of dengue fever include the below:
• sudden onset of fever that lasts 3 to 7 seven days
• a severe headache especially in the back of the eye
• pain experienced in the muscles and joints, especially in knees, ankles, elbows
You may also suffer from an unpleasant taste in the mouth, loss of appetite which is often accompanied by abdominal pain, vomiting and diarrhea.

Other indications may be

• rashes on the arms and the legs,
• severe itchiness leading to peeling of skin and hair loss as well,
• heavy menstrual periods in women, minor bleeding from the nose or the gums
• flushing of the skin on the face and the neck
• fatigue and extreme tiredness
• any second instances of rash as the fever subsides
Adults and grown up children show these symptoms while young children may quite often not show any symptoms at all.

What is dengue hemorrhagic fever?
Dengue hemorrhagic fever is also called as severe dengue. The mosquito borne viral infection dengue ocassionally develops into potential lethal complication called dengue hemorrhagic fever. Dengue Haemorrhagic Fever was first recognized in the 1950s during dengue epidemics in the Philippines and Thailand. Today, severe dengue affects most Asian and Latin American countries and has become a leading cause of hospitalization and death among children and adults in these regions. It has similar features to dengue fever but it may be severe as compared to the former. It usually occurs if a person has had dengue more than once but most of the patients recover quickly if they follow appropriate medical treatment.

Symptoms of dengue hemorrhagic fever:
After the fever, for about two to five days, the symptoms below start appearing, but they start decreasing when the fever starts to resolve

What is dengue shock syndrome?
Shock syndrome is a dangerous complication of dengue infection and is associated with high mortality. he onset of shock in dengue can be dramatic, and its progression relentless. If you are aware of the signs and symptoms of dengue shock syndrome which sets in after dengue hemorrhagic fever, the patient can survive by undergoing proper medical treatment.

• Fever, or history of acute fever, lasting 2–7 days, occasionally occurs in 2 phases
• Hemorrhagic tendencies, evidenced by at least one of the following
• A positive tourniquet test
• discoloration of skin or formation of purple spots due to internal bleeding
• Bleeding from the intestinal membrane, gastrointestinal tract, injection sites, or other locations
• Blood in feaces or vomit
• Deficiency of platelets in blood (100000/mm3 or less)
• Evidence of plasma leakage

All four of the above plus evidence of circulatory failure, manifested by

The first step towards protection is not letting the dengue virus in your body, this can be done by safeguarding yourself and your family against the bite of Aedes mosquito that spreads the disease.
Apply a personal repellent like Goodknight Fabric Roll-On, just 4 dots of the on your clothes for 8 hours protection from mosquitoes outdoors. Ensure your family’s safety indoors with the Goodknight Activ+ System, use it even in the daytime as dengue mosquitoes mostly prefer to bite in the mornings and late afternoon. 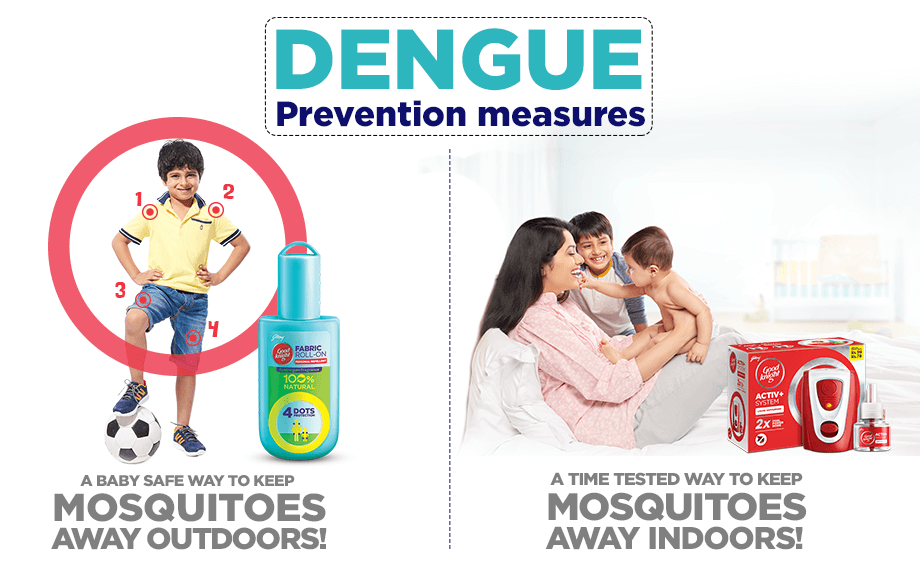